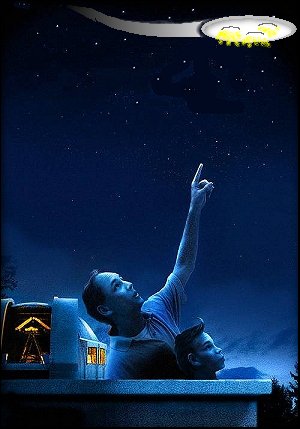 Meanwhile, reigning estimates of our finite thinking astro-physic's community is that there are perhaps a billion or more galaxies in the universe and a billion or more stars in each galaxy. Problem with that is.. when using the new Hubble eXtreme Deep Field telescope, they have found thousands of new, never before seen galaxies, under each small patch space the size of our thumbnail as we hold out our thumb and point at any portion of the night sky. And now they are expanding their estimates by imaging standing on the outer most furthest galaxies and look further out.

Doing the math for the entire universe .. Humm, lets just focus on our own region of universe.. say 12 million light years. There are 152 known galaxies within 12 million light years. Next, using very conservative estimates, lets say for arguments sake, ~1015 solar systems in those 152 galaxies. That is 10 to the 15th power (a Quattrillion, or in computer data storage terms, a Petabyte). Say 1% of those solar systems have Earth-like planets in their Goldilocks (habitable) zones. This yields ~1013 Goldilocks zone planets. Next lets say that 1/2 of the ~1012 Goldilocks planets were formed before us. That would put the possible number at around ~1012 far more advanced earth-like planets. Say 50% of those worlds/stars/plantes have since died. That leaves us with a VERY conservative estimate of ~1011 functioning plants with a distinct possibility of being more advanced earth-like planets with, potentially, some form of space/time travel technology. Humm.. what's that number? It is roughly ~100 trillion (100,000,000,000) more advanced worlds out there in our own region of the universe.

Now, statistically speaking, IF we have been found and visited, it just doesn't make sense that out of all that intelligent ET life being recorded, that only one ET civilization found us. To me, if we have been found and visited at all, then it makes far more sense to me, that we have been visited by more than one ET (from more than one planet/solar system) civilization. Since 60%-80% (purely my guess) of the sightings seem to be of dissimilar craft and/or dissimilar craft behavior, it would seem to suggest to me that we are teeming with ETs from MANY different worlds.

OK, they are here. I don't have a clue what technology they are using to get here. Perhaps some form of propulsion technology, such as .. Warp Drive (Alcubierre Drive), gravitic propulsion, anti-gravity drive, or maybe any one of a dozen other propulsion systems, or some form of time/ worm hole exploit.

Before
If they arrived before though, then I expect their agenda is gardening. The ETs just want to see how we are coming along and don't want to interfere with their experiment or their crops. Sort of like weeding the garden, plucking a half grown carrot to see how it is doing, while careful not to disturb the rest of the patch.
After
If they arrived after Homo erectus ("upright man"), their agenda could be research. What makes us tick?

Have I ever seen an ET? Other than odd things flying around in the sky, tell me what an ET looks like and I'll let you know. But most likely ..No! Least I don't think so. But, I am a strong believer that they are a real statistical possibility. After all, there have been millions of documented sightings all over the world, over thousands of years. And, since the laws of physics are universal, the actual existence of extraterrestrial life (somewhere/anywhere in the universe) is a 100%. Check out the recent (July, 2020) release of Sloan Digital Sky Survey (SDSS) that maps the entire universe for a perspective.

"Statistical possibility" does not make it a certainty, but if you ask a Las Vegas casino floor boss what their reaction would be to someone winning 50 straight spins of a roulette wheel. I should think they would answer emphatically .. "They're cheating" .. even if they didn't see it and couldn't prove it.

I recently came across another theory of aliens visiting us put forth by Rachel Steffan, "Aliens are future versions of humans. I think they've evolved so that they're able to survive in a post-nuclear war world, or maybe after an ecological catastrophe. They've since discovered a feasible method to implmement time travel. Perhaps these lifeforms are revisiting their long ago ancestors (us) to investigate what life was like, and posssibly to discover how it all went wrong."

Anyone else have any theories???